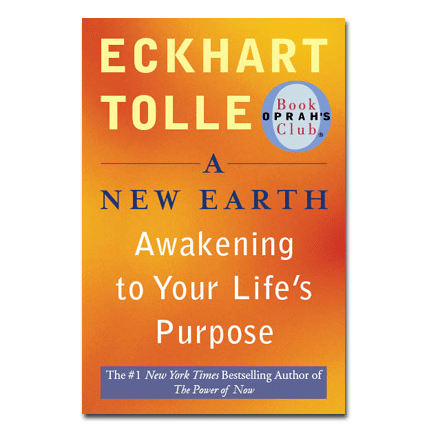 Tolle starts Chapter Two: Ego the State of Humanity by pointing that the true nature of everything is essentially unknowable. This includes the rocks, the sea, birds, humans and everything else that exists in the universe. Each of these things has what he calls “unfathomable depths”. If we could see the true nature of these things it would lead us back to the source or god. Tolle suggests that we really focus on a single item for a prolonged time and really see its beingness. He points out how Van Gogh was able to capture the true nature of a chair through this process. That chair is now valued at $25 million.

Tolle suggests that the word I embodies the greatest error about our true self. This is simply the ego talking which is not our true nature. However if you can recognize this nature for the illusion that it is then it will dissipate and truth will receive itself. Tolle explains how this process occurs by showing how a child learns to identify themselves by their third person name. Eventually this “I” attracts other identifiers such as mother, son, race, gender and religion.

The Voice In The Head

Tolle tells a story which illustrates how he becomes aware of the voice in his head. This story was about when he was a young student at the University of London. Each day when he caught the train he would see a woman who appeared to be insane because she constantly talked to herself. One day Tolle follows her and finds that she to walked to the University after the train. He starts to talk to himself in amazement and distinguishing himself from her. Then he realizes that he too is mumbling out loud. He notes that there was little difference in the internal incessant chatter that goes on his own mind and that of the woman.

Tolle then explains how we start to identify with the things that we own. This process is one where our own sense of self becomes indelibly associated with this other thing. It starts with something simple like a toy and overtime extends to our television, our car or our house.

In order for advertisers to sell us things that we don’t really need, we must be convinced that they will some how enhance our lives. By buying this thing they tell us we will be become a more youthful, happy or attractive person. The basic nature of our consumer system is to equate “more” with “growth”. This is a fundamentally destructive impulse which can never be satisfied.

Tolle tells the story of a woman who is dying of cancer. One day she explains to Tolle that she has lost her precious diamond ring. This ring not only was highly valuable but also held sentimental value for her. She believed that the person responsible for the loss was her caretaker. At first she is very angry over the loss and cannot understand how someone could be so cruel. But then Tolle asks her to think that soon she will need to give up those things anyway. Tolle suggests that whenever we become possessive of something it is acting as a substitute for your true being which you cannot sense. By letting go of this feeling of possession we can discover the true “I am who is conscious.”

The Illusion Of Ownership

Tolle points out that it is when we are on our deathbed that the true illusionary nature of possession reveals itself. Renunciation of possessions has long been a spiritual practice. But Tolle warns that renunciation by itself is often not enough. Some people who renounce possessions simply find another substitute for their ego. This is often a sense of yourself as a superior spiritual being. Giving up this sense of attachment of possessions however is futile. When you are aware of feeling possessive simply note this feeling. This is the beginning of a change in consciousness.

Wanting: The Need For More

The ego actually wants to want more than it wants to have. What this means is that desire is a stronger feeling than possession. This desire for “more” can cause a great amount of misery both for the individual and society. Tolle gives the example of Genghis Kahn, Stalin and Hitler who caused a huge amount of destruction in their endless quest for more.

Identification with The Body

Another way that our ego exhibits itself is our identification with gender. This is a desire to fulfill what we perceive as our role for our gender. For a woman this might be being a wife or a mother. For a man it might be producing children. People also identify with their appearance. If their looks fade – as they always do- then they invariably suffer.

Tolle suggests that people practice an exercise to feel their inner body. This can simply involve closing your eyes and feeling the sense of your hands. This inner body is the bridge between form and formlessness.

From Descartes Error To Sartre’s Insight

Tolle suggests that Descartes famous saying “I think therefore I am” was a fundamental error. He equated thought with being. It was not until several hundred years later that Jean Paul Sartre contested this thought by pointing out that the consciousness that thinks “I am” is not the consciousness that is. If you really were nothing but thought then you wouldn’t know that you are thinking.

The Peace That Passes All Understanding

It is sometimes in the face of the greatest tragedy that we find true peace. When all of the things that our ego identifies with: our family, our possessions, our position in society are completely gone that the ego collapses. Your sense of being becomes free from the entanglements with form. This can be called the peace that passes all understanding.

So what’s  your impressions of this chapter. Let me know.